Rakshit and Hemanth Rao were teasing a new poster which revealed the lead actress for the film. Hemanth Rao intentionally used the #SSY instead of #SSE. That is when the actor corrected him and told that it was #SSE.

The movie will have 2 shades of mine. The new poster only shows one of his character and the second character will be revealed later. The actress is a singer in the movie.

777 Charlie was to be released in 2019 itself, but got postponed due to tight schedules and the Pandemic. In latest interview Rakshit told the media that the film is almost ready and the dubbing of all the actors has been completed. His part of the dubbing if half done and the film will be released in June.

“The movie is about the bonding between human and dogs. The subject is universal and the film can be told in any language. We are planning to release the film all over Indian. We don’t have such plans for Sapta Sagaradaache Ello” said Rakshit when asked if the movie is Pan India. 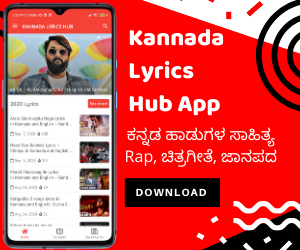 January 12, 2021
One of the most famous and relaxing bhaktigeete (devotional) song Sojugada Sooju Mallige Lyrics Kannada Folk song. The voice of Ananya Bhat which is...

Serial chiller song lyrics in Kannada and English – All Ok